This year is unlike any other for all of us for many reasons.

The coronavirus pandemic has hit this country hard. The world that we knew had to change and so we, as the Local, had to change.

Since the large gatherings were not possible due to New York State and City Executive Orders, we were unable to conduct Membership Meetings and properly inform you on current activities of the Local.

Rest assured that even though the world was turned upside-down and construction industry was severely crippled in the City, the Local still stands strong and works diligently on creating for you more work opportunities through organizing and contract enforcement. Please see the following brief list of Local 78 achievements. 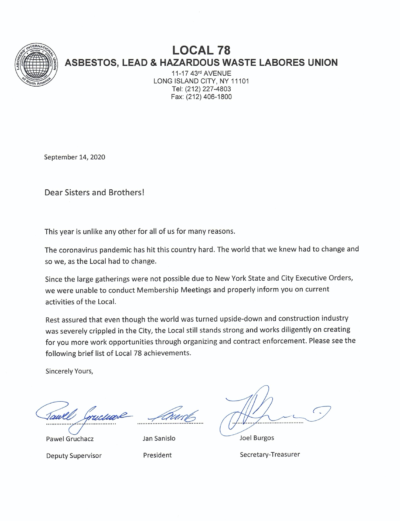